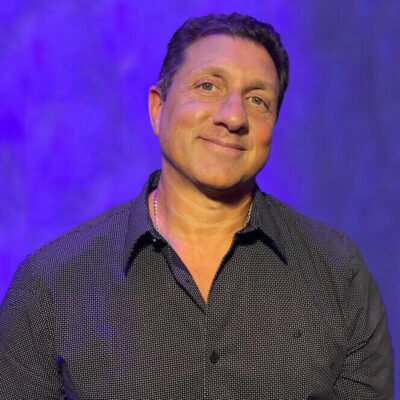 Owner, Producer, Engineer,
Songwriter, Mixing & Mastering Pop, HipHop, Rap, R&B, EDM, Orchestral Owner Steve Catizone has been a part of the music industry for 20+ years, opening Boston’s Legendary Sanctum Sound, expanding to New York, then later Serenity West Recording in Hollywood, CA. He has worked with some of the world’s most popular artists, from Travis Scott, Aerosmith, T-Pain, Big Sean & many others as writer, producer & engineer.

He has worked with Grammy-winning writers, producers & engineers such as Tony Maserati (Beyonce, Jay-Z, Alicia Keys..), Rich Travali (Jay-Z, Notorious B.I.G…), to name a few. He has had placements in The Passion of The Christ, NBC’s The Greatest Race, has appeared in Showtime’s Ray Donovan. His label credits include Sony, Universal, Atlantic, DefJam, Capitol & Comedy Central.

In addition to his music credits, he has worked on countless major comedy recordings including an HBO project directed by Spike Lee and other major releases for Dane Cooke, Billy Crystal, Nick DiPaolo, etc.

Owner, Studio Management,
Vocal Trainer, Vocalist Pop, Rock Beth Catizone is an Billboard award winning singer/songwriter, performer, vocal teacher, musician, actress, model, dancer, choreographer, costume designer and fitness professional with over 15 years of experience in entertainment. Her experience on stage and in the studio brings a wealth of knowledge to every session and lesson that she is involved in.

Producer/ Engineer/ Mixer Pop, Rock, Rap, Indie, Electronic, Acoustic, Jazz and Orchestral I play bass, drums, guitar and I sing. I’ve been writing, producing, recording, mixing and mastering music since 2006. Over the years I’ve worked in many different genres. I believe that songwriting is the ultimate form of a whole becoming more than the sum of its parts. The essence of music production is to emphasize and immortalize every feeling a song can embrace.

Mike shows up energized ready to help you achieve the sound you’re looking for. He brings over a decade of experience in Audio Engineering, Production, songwriting, Guitar and Bass. Mike lives for recording. Full band production, drums and vocals are his jam. If your looking for a creative, efficient, chill studio experience… Mike’s your man. “Music – that’s been my education. There’s not a day that goes by that I take it for granted.”

Nicholas is an alumnus of Berklee College of Music with well over a decade of experience with music production, mixing, and artistry. He has worked as an independent freelancer under his own labels producing for up and coming artists and music publishing companies most notably: Max Embers who was runner up in the TV series “Songland” on NBC, as well as having placements on Fox and The Food network. He specializes in producing and mixing any genre of music.

Producer/ Engineer/ Artist Pop, HipHop/R&B Self-labeling her sound as dark R&B, hyper Lofi, vibrant Hip-Hop, and grimey Pop, JADEtheproducer offers a blend of fascinating and modern sounds. A trained songwriter, producer, DJ, and sound designer, JADE has the knowledge and experience to write songs, produce tracks, spin at clubs or huge events or sonically develop any world or creature you could imagine. Jade is a recent graduate from Berklee College of Music, dual majoring in Electronic Production & Sound Design.

Producer/ Engineer/ Artist All Styles Whether you need a producer to help write and shape your next album or just an engineer to record your vocals on your new single, Edoardo’s here to help you make your vision come true. With more than 10 years of experience in music recording and a degree in Contemporary Writing and Production from Berklee College of Music, Edoardo is the right choice if you’re looking for someone who can follow you from the very early stages of songwriting to the final touches of mixing.

Producer/ Engineer RnB, Pop, Rap, Spanish, Podcasts Delaney is a musician and a graduate of Recording Connection Audio Institute specializing in audio engineering and music production. Graduating from New York University in 2019, Delaney moved to Boston in pursuit of a career in a professional recording studio. Delaney has worked alongside Steve Catizone, owner of Infinite Recording and is proficient in recording, mixing, mastering, and producing in a variety of styles.

Producer/ Engineer RnB, Pop, Jazz, Electronic Jessie Chiu is a Taiwanese music producer, sound artist, classical-trained violinist and singer. She received her bachelor degree from University of Taipei in 2013 with the major in Violin Performance. She graduated from Berklee in 2019 with a major in Electronic Production and Design and a minor in Theory of Pop and Jazz Music. Jessie was selected to receive the Roland Endowed Scholarship. She focuses on producing electronic, pop, experimental music and sound design. She’s played in many film scoring, composition, and pop song recording sessions, and played in many performances artists, such as Jacob Collier, Eugene Friesen, Trio Globo and many others.